In 1913, Ancutty Tillicum wrote an article for the Island County Times remembering what the Fourth of July celebrations in Coupeville had been like 50 years earlier in 1863. “There were large [Indian] encampments at Long Point, under the chieftainship of General Pierce”. Long Point is the beach projecting out into Penn Cove, below our property’s ridge. In the same article, the store owned by Kineth and Wiggins was referenced; my research is finding that the Kineth family was likely the first white people to land claim on a 640 acre parcel just east of our property, back in 1853. 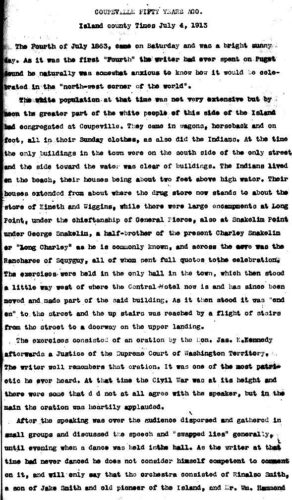 In December 1863 Tillicum wrote another article, “The Indians In The 60’s”, that further described the local Native American settlements and people. “A little distance from Coupeville and just around Long Point was the large ‘rancharoe’ of General Pierce and General Warren, both of whom were tyees. There was a long row of huts on the high ground and a goodly number of Indians inhabited them, and they did most of their trading at Coupeville.” 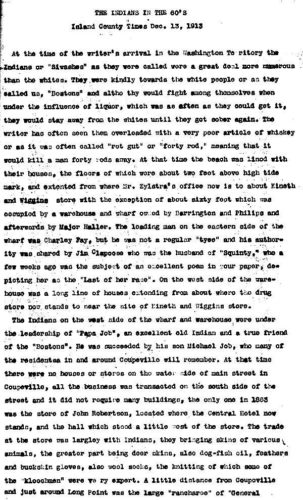 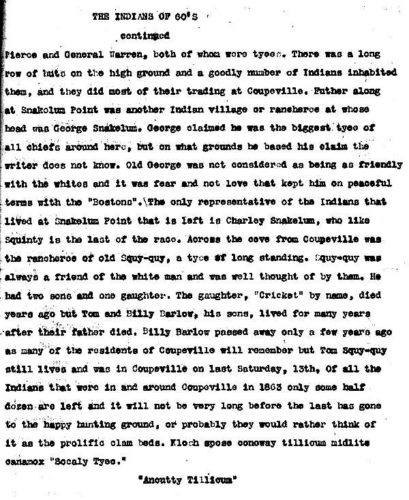