I received the professional archaeologist’s report, nicely formatted and professionally researched/produced. We had a few last minute procedural glitches to overcome, but in the end the report and procedures were high quality and will be useful for answering any future questions from the Swinomish Tribe, Island County, and the state Department of Archaeology and Historic Preservation (DAHP).

The archaeologists and their report format meets the site survey requirements of local, state, and national government organizations, and is appropriate for inclusion with permit processes. The report’s table of contents:

The background and history of the area was interesting, going into detail about its geological and vegetative history. Then cultural history was presented with an overview of the types and succession of known inhabitants to the island over the centuries. A prior archaeological site was previously found and recorded in 1953 on an adjacent waterfront parcel, and the adjacent Swinomish cemetery lot was investigated as well. A comprehensive, mapped out grid of test probe holes was overlaid across the entire property, and the field archaeologists dug test holes and sifted for any archaeological indicators at every test site. They also performed visual reconnaissance throughout the entire property to look for any potential indicators of burial mounds and other cultural artifacts. 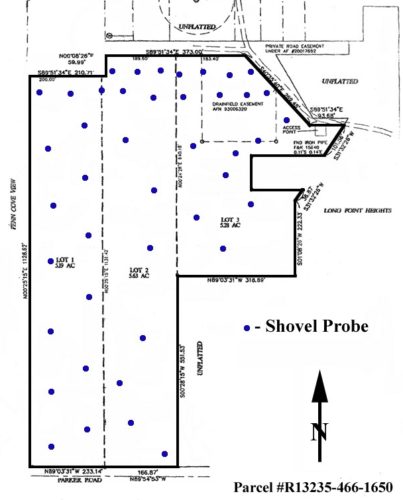 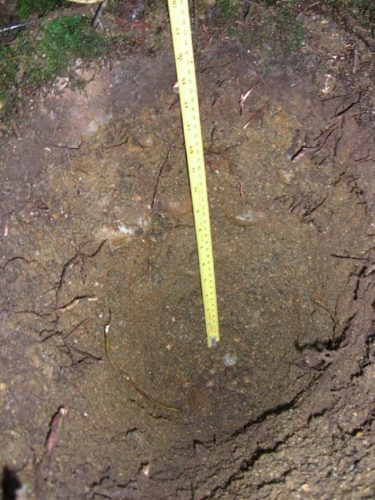 Based on the background research, the site was considered to have moderate potential for discovering archaeological materials. The existence of the other site previously found to the northeast was the main reason for thinking it could have had the possibility of an archaeological site on it, plus there are some old growth trees on the property. However, there were a number of factors which counter-balanced that to indicate there would no need for concern about archaeological remains on the site: no natural above-ground freshwater source on site, steeper slope for the area closest to Penn Cove, northern orientation of the slope, flat area above and farther away from Penn Cove, and logging in the distant past (which would have likely disturbed any archaeological remains already). The adjoining Swinomish cemetery may not even have any human remains in it, since it’s history and contents have not actually been confirmed. An 1858 General Land Office map of the area did not identify any habitation features there. 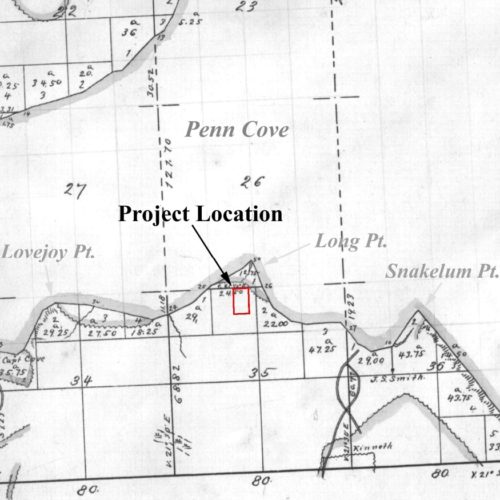 The end result was that no cultural resources were identified on the property, which is very good for everyone who might have an interest (ourselves, the Swinomish, and the county). No shell midden, lithic, bone, or wood artifacts were found, as well as no fire modified rock features indicative of hearth pits or other pit features, and no larger features.

Fortunately, our goals and methods are intended to be light touch anyhow.  But, these results help provide more flexibility and confidence in our siting and building plans on the property.