Parcel History: Public Road And Subdivision Was Proposed On Our Land

While sleuthing around on Island County plat maps, I found some “mystery remnants” of past plans for our property that apparently never came to be.

The plat map below shows a potential subdivision of our property into about 7 different lots, most of which were each larger than other lots in the Long Point plat. Most interesting, an “Olympic Avenue” roadway was apparently sketched in to go through the middle of our property, joining Parker Road to Penn Cove. This road was “vacated”, meaning that it was removed from any plans and does not have any current restriction or right of way on our property. 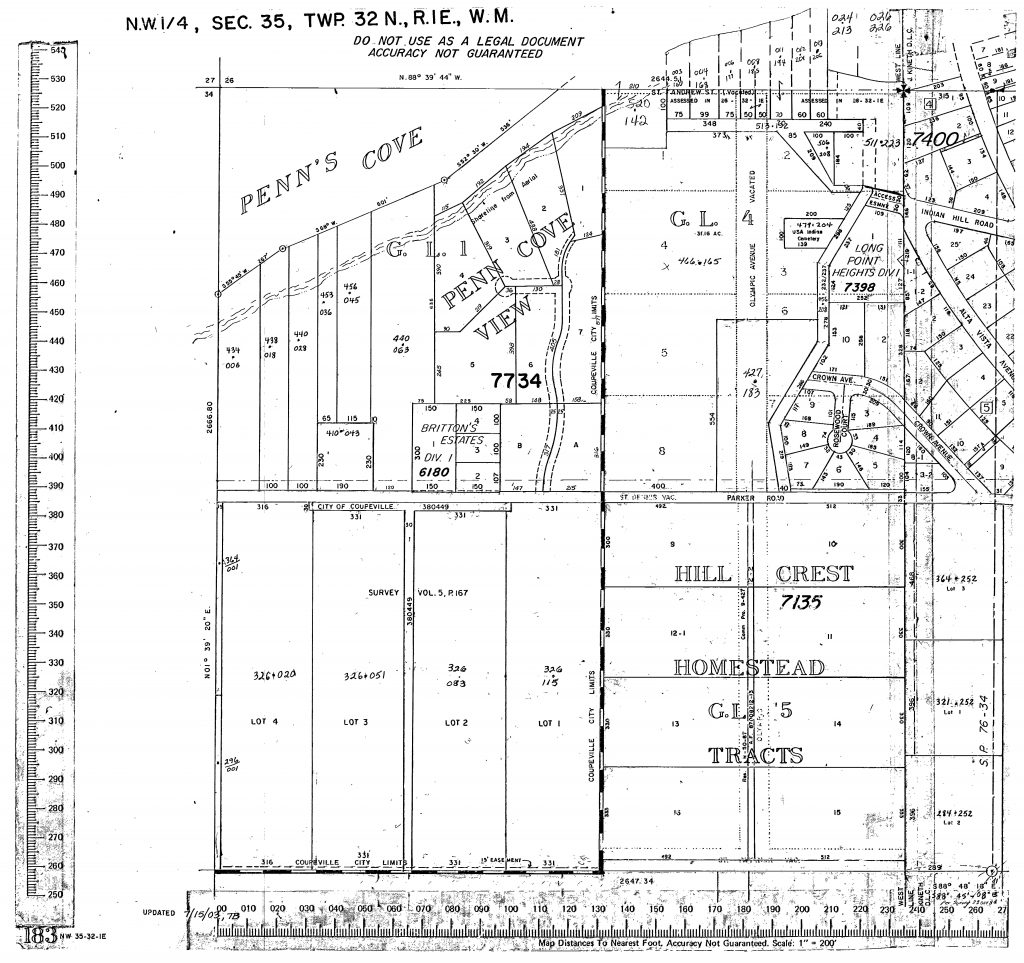 It also shows how our property was originally connected to 200 feet of Penn Cove waterfront at the northwest corner. I already knew about that, and the new house being built on that corner 1 acre waterfront lot was made possible by a subdivision of our property by not the most recent owners, but the ones prior. That whole 16 acres was originally on the market together about five years ago. However, the owners were likely advised that they could get more total net money if they subdivided and sold off the smaller waterfront lot (which they ended up doing).

Glad all that didn’t happen with the road going through our property a long time ago. The land and forest would have been forever changed, and we wouldn’t have purchased it otherwise!