Land Use, Environment, And Social Change

I just read the book “Land Use, Environment, and Social Change: The Shaping of Island County, Washington” by Richard White (published 1980, 1992). A forester who presented at a recent gardening workshop in Coupeville recommended it, and I’m glad he did. 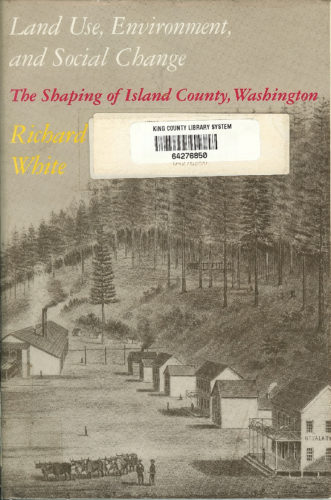 Land Use, Environment, and Social Change by Richard White

White paints a thoughtful history of how Whidbey Island was so strongly influenced by the interplay of natural ecosystems, unnatural land use policies by humans going back to the earliest Native Americans, and changing societal goals and perspectives.

The original Salish Indian tribes shaped parts of the land through deliberate fires that assisted the perpetuation of specific edible plants and animals.  However, the coming of the European-based Americans in the 1850s changed the human-ecosystem relationship forever. The large scale “improvement” of natural forest land was an ingrained societal goal. During the later 1800s, much of the island was denuded for farms or timber. 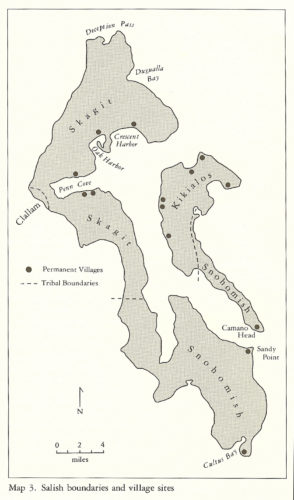 Farmers and lumbermen worked as their own worst enemies in some cases: bringing in invasive plants that overwhelmed livestock-edible plants, burning clear cut land and destroying the living soil in the process, creating erosion and increased soil temperatures that worked against their produce or trees, and much more.

The book moves through the many market-driven farm economies that made frequent abrupt changes throughout the later 1800s, on to the effects of mechanized timber collection starting around 1900, and then to the urbanization and leisure time effects that came with better access via car, ferry, and bridge starting especially in the 1930s. It’s a story repeated in many places throughout the country and world, though is especially fascinating since it focuses on Island County. 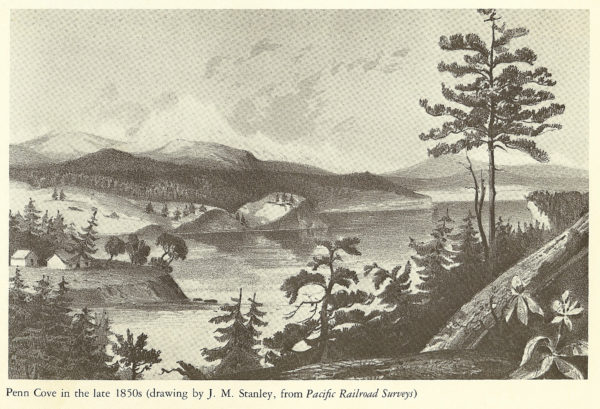 It’s amazing to think that the government was literally giving away hundreds of acres of land to anyone who would take it in the mid-1800s and then selling it for a buck or two an acre in the later 1800s. Just 80 years ago, land could be bought for 30 dollars an acre, until later Whidbey was “discovered” for its scenic beauty and became a vacation getaway destination for the west coast. Ah, to have a time machine and buy up some of that land…